Mt. Shiraoi is a peak accessible only in winter and spring (no hiking trails to the top) located just to the west of Lake Shikotsu. The starting point of hike is just before the tunnel at the top of Bifue Pass on the Date side. Park the car just before or after “Ofue Bridge” depending on which direction you are coming from, and walk across the bridge to get onto the ridge on the south side of the road.

One are you are on the ridge, the hike is pretty straight forward, although the ridge is quite wide. Shiraoidake is the pointy peak to the southeast. There is a logging road that goes along the top of the ridge for the first half or so as well as tape markings, so as long as you are checking the map/GPS every once in a while it’s pretty hard to get lost.

After the initial flat section, you will gradually begin gaining elevation, topping out on a knoll at around 850m. You can also bypass the knoll to save you some energy. To the right, you will see Minami-Shiraoidake which is quite striking from this angle, and to the left Kita-Shiraoidake with its broad face covered with beautifully spaced trees. The pyramidal peak of Shiraoidake will be straight ahead, and the climb will get a lot more sudden all of a sudden. It’s probably easier to wrap around to the right (west) side of the peak although winds can be quite strong and coverage a bit scarce. Eventually you will pop onto the top ridge and see the summit sign ahead of you. 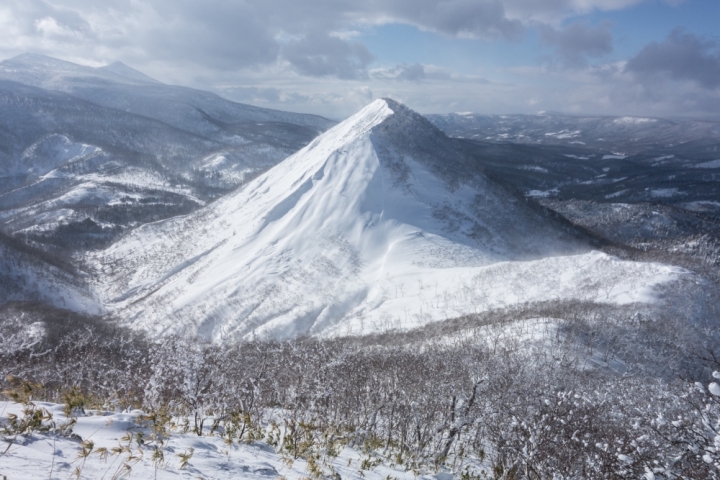 While the northwest was still covered in snowclouds and I couldn’t see Mt. Yotei and the mountains around Sapporo, I had great views of Horohoroyama and Tokushunbetsuyama, the Pacific Ocean, and Tarumae and Fuppushi to the southeast. No doubt you also get great views of Lake Shikotsu and Lake Toya on a clear day. 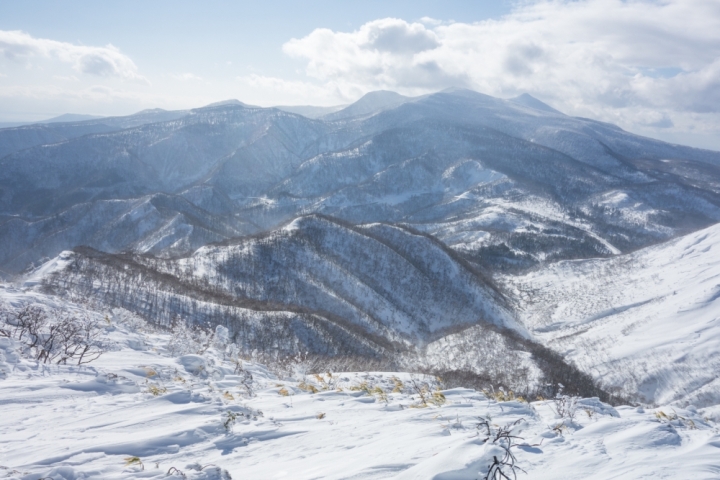 On the way back I followed my tracks back down the ridge after briefly but unsuccessfully trying to get a skiing run down into the gully. The small creeks going down the sides of the ridge still have not filled in yet making traversing around the ridge difficult. Probably a possibility later in the season and you should be able to pop out a bit further down the road from where you started, but probably best to do a bit of research first.

Overall Shiraoidake is a fairly easy and short hike which provides some great views of the area. There aren’t too many hikeable mountains in the area in summer, so it’s nice have some more options in winter when the mountains are covered in snow. 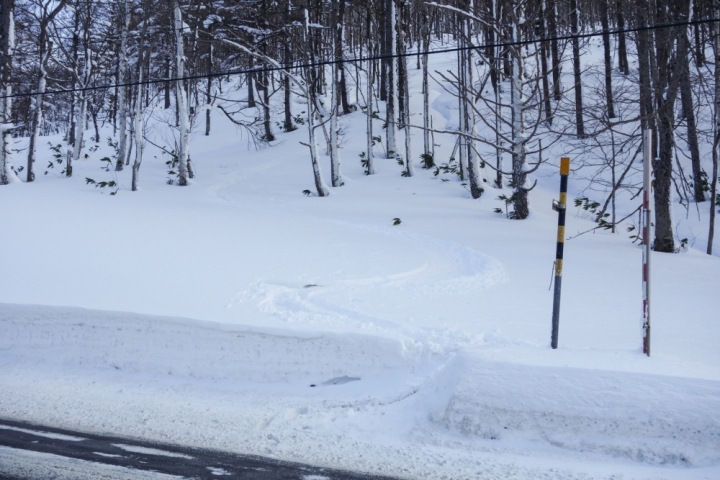